Should you do a first look? | Austin Wedding Photographers

Should you do a “first look”?

(AKA, see each other before the ceremony.) 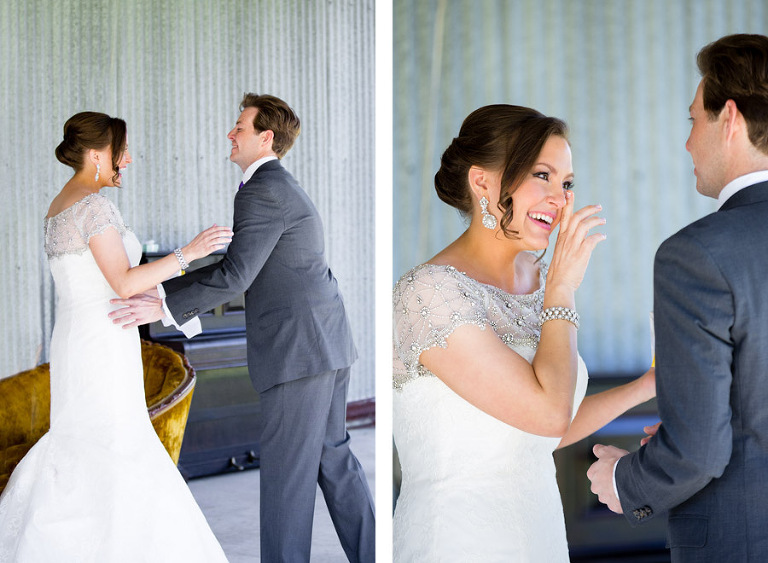 Reasons to do a first look.

Reasons not to do a first look.

How did the tradition of not seeing the bride before the ceremony start?

In the old days when marriages were more business transactions than anything else, many couples didn’t meet at all before the wedding day.

Your dad probably sold you (the bride) off for some goats and was nervous that if the groom saw you beforehand and thought you were hideous, his family would retract the deal and your family would be mired in shame (and goat-less).

This is also where the tradition of wearing a veil (covering the front of the face as well) came from. The groom wouldn’t see the bride until the very last possible second and lessen the chance of him running away. So touching.

This tradition/superstition has evolved into a tender moment but I think we can put the idea that it’s “bad luck” to bed. : )

While the idea of doing all the portraits before the ceremony is a great one, it usually does not work out completely. Don’t get me wrong, we can a lot for sure, but knocking out ALL of the portraits is usually not going to happen.

So what do you prefer, Tara?

In summer I don’t care for them just as much since it’s just so darn hot and we have oodles of light left.

In winter I’m thankful when a couple does the first look.

The only, and I mean only time, I would really suggest doing it is if pretty, sunlit portraits are important to you and you are having a late-ish winter wedding.

Need more advice? Hit me up at tara@tarawelchphotography.com.